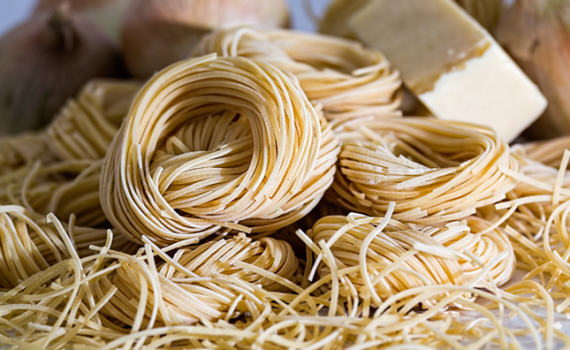 Dietary manipulation is an integral aspect of an athlete’s training protocol, particularly as it relates to performance outcomes. High-carbohydrate diets are best-recognized for performance improvements in both sustained, low-to-moderate and short, high-intensity exercises, which can be attributed to maximizing muscle glycogen content (the storage form of carbohydrate) and thereby its availability for utilization during exercise. An individual’s capacity to perform prolonged, heavy exercise is largely determined by the glycogen content of the working muscles, which we know can be appreciably varied depending on the instituted dietary protocol (Michalczyk et al., 2019).

In the days/week leading up to an important race or event, it’s important to adjust one’s training and nutrition protocol to maximize muscle glycogen content. It is widely accepted that several days of increased carbohydrate intake, in combination with a reduction in exercise (“taper”), will result in elevated glycogen content in the muscles that are frequently active in training (Burke et al., 2011). This nutrition strategy to ensure adequate muscle glycogen stores in preparation for an event is referred to as “carbohydrate loading.”

Under optimal carbohydrate loading conditions, an athlete begins his/her session with glycogen stores that correspond with the estimated fuel costs of the event (Burke et al., 2011). The body stores glycogen in two primary areas: muscle and the liver. In total, our muscles can store up to ~400g of glycogen (carbs), while the liver can store an additional ~100 g, giving us a total of ~500 grams (or 2,000 calories) of stored carbohydrate. Workout intensity and duration are the primary factors involved in muscle glycogen depletion; although, depending on how full glycogen stores were prior to commencement, this can compromise performance or not.

For events lasting less than 90 minutes, high glycogen concentrations can be achieved with as little as 24 hours of rest and high carbohydrate intake, between 7-12 g/kg/24 hr. Events lasting longer than 90 minutes may require 36-48 hours of high carbohydrate intake, between 10-12 g/kg/24 hr (Thomas et al., 2016). On occasions where exercise quality or intensity is less important, achieving these carbohydrate targets may be less important (Thomas et al., 2016).

It’s important to note that these are general recommendations which should be tailored to an individual in consideration of his/her total energy and training needs, as well as performance feedback. This is where working with a Sports Dietitian can be especially helpful, as proper fueling strategies for important events involve careful planning, a lot of carbs, and a smart approach. As always, your Yancy Camp dietitians are here to help!