Effects of Alcohol Consumption on Training, Performance and Body Composition 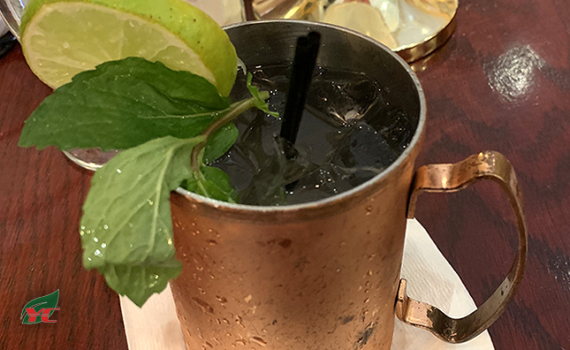 Effects of Alcohol Consumption on Training, Performance and Body Composition

When it comes to health and athletic performance, both acute and chronic alcohol use can have deleterious effects. The large variance in the effects of alcohol within and across individuals can be attributed to several factors such as genetics, gender, amount of alcohol ingested, body mass and nutrition status (Barnes, 2014) . Acute alcohol consumption can influence motor skills, hydration status, aerobic performance and certain aspects of the recovery process. Chronic alcohol use can have more serious repercussions including nutritional deficiencies and depressed immune function, resulting in increased risk of injury and prolonged healing (Barnes, 2014) .

Upon ingestion, ethanol (the chemical name for alcohol) is readily absorbed all throughout the gastrointestinal (GI) tract, with 25% absorbing straight from the stomach into the bloodstream (Cederbaum, 2012). The rate of absorption into the bloodstream depends on a few factors, namely the amount of food in the stomach (more food present slows the absorption rate) and the alcohol content of the drink (a higher alcohol content increases the rate). The remaining 75% is metabolized primarily in the liver. Ethanol metabolism produces the toxic byproducts acetaldehyde and acetate (Cederbaum, 2012). Although generally short-lived, acetaldehyde is a highly toxic substance and known carcinogen which has the potential to cause significant damage, not only to the liver but also the pancreas, brain and along the GI tract where some alcohol metabolism also occurs. The tissue damage and inflammation caused by alcohol and its toxic byproducts can compromise nutrient digestion and metabolism, and over time lead to more serious health problems (Cederbaum, 2012).

Although alcohol is certainly not needed by the body in large (or any) amounts, it is considered its own class of macronutrient. Alcohol is metabolized differently than the other macronutrients and is energy-dense, containing 7 calories per gram (almost double that of carbs and protein, and second to fat in terms of energy density). In addition to its high calorie content, alcohol provides little in the way of nutrients and is therefore often considered “empty calories”.

Even though alcohol is not stored in the body, it affects the metabolism of other nutrients which can result in additional fat storage and body composition changes. Because it is so toxic, the body prioritizes the metabolism of alcohol over everything else until it’s completely burned off, which means the processing of carbs, fat and protein is put “on hold”. Only, “on hold” in the body signifies fat storage (Cederbaum, 2012). Since alcohol is frequently paired with the consumption of food and other drinks, these fat-storing effects are often further amplified. Drinking on an empty stomach, however, is not an effective alternative, as doing so leads to rapid gastric emptying and consequent increased state of inebriation, not to mention a whole host of unpleasant symptoms to look forward to including electrolyte imbalances, gastric irritation, hypoglycemia and sleep disturbances (Barnes, 2014).

It doesn’t help that alcohol has been shown to affect hormone production and secretion, particularly those involved in muscle growth. Researchers Haugvad et al. found an increase in cortisol production (which stimulates protein breakdown) and decrease in testosterone secretion (which stimulates protein synthesis) with high doses of alcohol. With frequent occurrence, these effects can negatively impact body composition and muscular adaptations to training stimuli.

All this being said, will a drink or two every now and then really throw off your training and performance goals? We wouldn’t say so. However, we also wouldn’t go around touting the health benefits of moderate alcohol consumption from epidemiological studies. These studies can’t draw “cause and effect” relationships, but rather associations, which means there’s a lot of potential confounding variables that can affect study outcomes. If you are going to drink, we recommend keeping consumption low and preferably post-training (rather than before). If you do choose to drink afterwards, it’s important to prioritize an alternative hydration option and some form of post-workout nutrition (carb and protein combo) first. We also highly recommend nonalcoholic beer, which is becoming increasingly popular within the athletic community, from companies like Athletic Brewing. Without the alcohol, beer contains some of the essentials for post-workout nutrition, including carbs and electrolytes.